Everyone is talking about this horrible battle. Sadly this battle is not in Iraq or Afghanistan but on a morning talk show.

Last Wednesday I was ready to leave the house when my wife called me over to watch The View‘s "Hot Topics" segment. I saw a knock down, drag out, kitchen sink fight between Rosie O'Donnell and Elisabeth Hasselbeck. I will not to attempt to divine what is in Rosie or Elisabeth’s heart or mind and me speculating is not going to help matters. All I want to do is comment on what I saw during and after the show.

We start with Joy Behar talking about Al Gore on Larry King Live and she presents a George W. Bush Laundry list. Joy's point being that people should have been watching the Al Gore interview instead of Dancing With The Stars (I'm Sure that went well with the ABC brass). One can agree or disagree with Joy. Elisabeth does present a valid point that in our technical age we can watch one show and TiVo another, but honestly, how many people watched one show and TiVo'd the other. Let's get real we are talking about two different shows with two very diverse demographics.

It's sad that now everyone is talking about the cat fight instead of the subject of the cat fight. A cat fight seems to have more zing than talking about the wars or our president. Still we saw on TV two professional communicators who chose to hit below the belt. Rosie should not make statements about who the terrorist are, statements that are open to misinterpretation, then get on the defensive when others misinterpret her. In other words say what you mean. Elisabeth was hired because she has a specific point of view and should have expressed that view when asked if she believed that Rosie called our troops terrorists. Her silence was also open to misinterpretation. Finally, even if everyone did what Joy suggested and watched Al Gore instead of Dancing With The Stars nothing would change. Those who like Al Gore would still like Al and those who don't like Al Gore would still not like Al Gore. Just like now, after the cat fight, I am watching the political pundits on the cable news shows and seeing those in the Rosie camp support Rosie and those in the Elisabeth/anti Rosie camp support Elisabeth. Finally to those of you who studied argumentation or who were on the debate team in high school or college, don't expect to see intelligent discourse with professionals seeking positive conflict resolution. That is not in the best interest of show biz or politics.

To quote Rodney King, "Cant we all just get along?"

Posted by Tony Figueroa at 7:30 PM No comments:

Charles Nelson Reilly died at the age of 76. Mr. Reilly received a Tony Award for his role as Bud Frump in the original Broadway production of How to Succeed in Business Without Really Trying. On TV he was he appeared Claymore Gregg on TV’s The Ghost and Mrs. Muir. I knew him first as Horatio J. HooDoo in Lidsville,

and later as a regular on the game show Match Game.


His final work was an autobiographical one-man show, Save It for the Stage: The Life of Reilly.

Reilly’s openly gay television persona was ahead of its time. A network executive told him “they don’t let queers on television.” Mr. Reilly later had the last laugh when he would page through TV Guide and count how many times he was on the air that week.

To quote Horatio J. HooDoo in Lidsville, "How’s that for a topper?"

Tony Figueroa is "On The Lot" 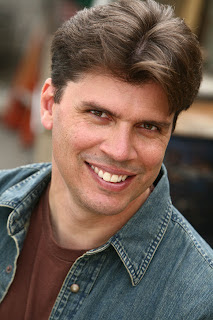 Tony Figueroa
as the
"Tour Guide"
(Okay, "Himself")
Finally... all the
practical experience
has paid off!

Except for Carlos Solis, all the character's names are different from the original American version. Some first names were simply translated to spanish, others were changed completely; all last names were changed.

Tommy Newsom joined "The Tonight Show" in 1962 and rose from band member to assistant music director. He retired along with Johnny Carson in 1992. Newsom will be remembered for his wit and deadpan humor. Carson gave Newsom the nickname "Mr. Excitement" to make light of his low-key personality and drab brown and blue suits - a sharp contrast to the flashy style of bandleader Doc Severinsen.
Posted by Tony Figueroa at 7:54 AM No comments: