Your Mental Sorbet: Sorkinisms - A Supercut

Here is another "Mental Sorbet" that we could use to momentarily forget about those things that leave a bad taste in our mouths.

This video is a tribute to the work of Aaron Sorkin: the recycled dialogue, recurring phrases, and familiar plot lines. This is not intended as a critique but rather a playful excursion through Sorkin's wonderful world of words. 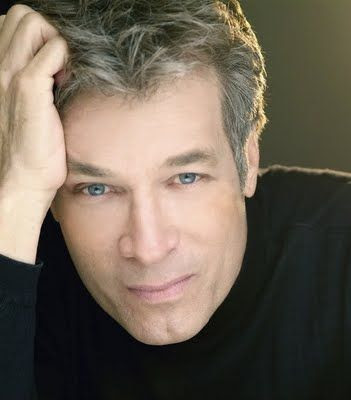 His acting credits included several Western series, including John Payne's The Restless Gun, Dick Powell's Zane Grey Theater, Wagon Train and The Rifleman as well as the NBC medical drama, The Eleventh Hour. Originally the frustrated middle brother on My Three Sons, he became the confident elder brother with the departure of Mike (Tim Considine, who had earlier appeared with Grady in The New Adventures of Spin and Marty), and the adoption of Ernie (Barry Livingston), who became the new "third son."


During production of My Three Sons, Grady both appeared with his own band The Greefs on the series, and was the drummer for The Yellow Balloon, whose self-titled song became a minor hit during 1967. For a while during the run of the series, he attended Los Angeles City College.

After My Three Sons ended in 1972, Grady pursued a musical career. His works included music for the Blake Edwards comedy film Switch, the theme song for The Phil Donahue Show and for EFX, a Las Vegas multimedia stage show which starred Michael Crawford, David Cassidy, Tommy Tune and Rick Springfield.

In the fall of 2008, Grady released Boomer: JazRokPop, a collection of songs written for and about the baby boomer generation. Boomer was his first original album as an artist since Homegrown was released by Elektra Records in 1973

Posted by Tony Figueroa at 11:10 PM No comments:

Judy Tenuta (and Her Accordion!): Next on TVC

The Aphrodite of the Accordion, Judy Tenuta is currently featured in the independent film Going Down in La-La Land, which is now available on demand, and Gibsonburg, which opens in theaters across the country on Wednesday, July 4.

Judy has also just published a fun new book, Full Frontal Tenudity, that not only includes recipes for food, friends and fun that reflects Judy’s unique take on life, but also a “Hollywood to English Dictionary” that offers a hilarious take on what people really mean when they talk on the red carpet. We’ll talk about that, and more, when The Love Goddess joins us in our first hour.

Our second hour this week will feature a replay of our conversation with Tony Figueroa, Donna Allen and actor/comedian Hank Garrett (Car 54, Where Are You?, The Producers, Serpico, Three Days of the Condor, The Boys Next Door, Paris).

With both Season One and Season Two of Car 54 now available on DVD, we’ll ask Hank about his experience working with Fred Gwynne, Al Lewis, Joe E. Ross, Nat Hiken, Robert Redford, Sammy Davis Jr., James Earl Jones and other show business legends. (If you order Car 54 directly through Hank, he will autograph the DVD for you, and all proceeds will benefit disabled veterans.)

Posted by Tony Figueroa at 10:19 PM No comments:

Listen to me on TV CONFIDENTIAL:

As always, the further we go back in Hollywood history, the more that fact and legend become.

He was an original cast member of Saturday Night Live, an originator of The Blues Brothers (with John Belushi) and Ghostbusters and has had a long career as a film actor and screenwriter.