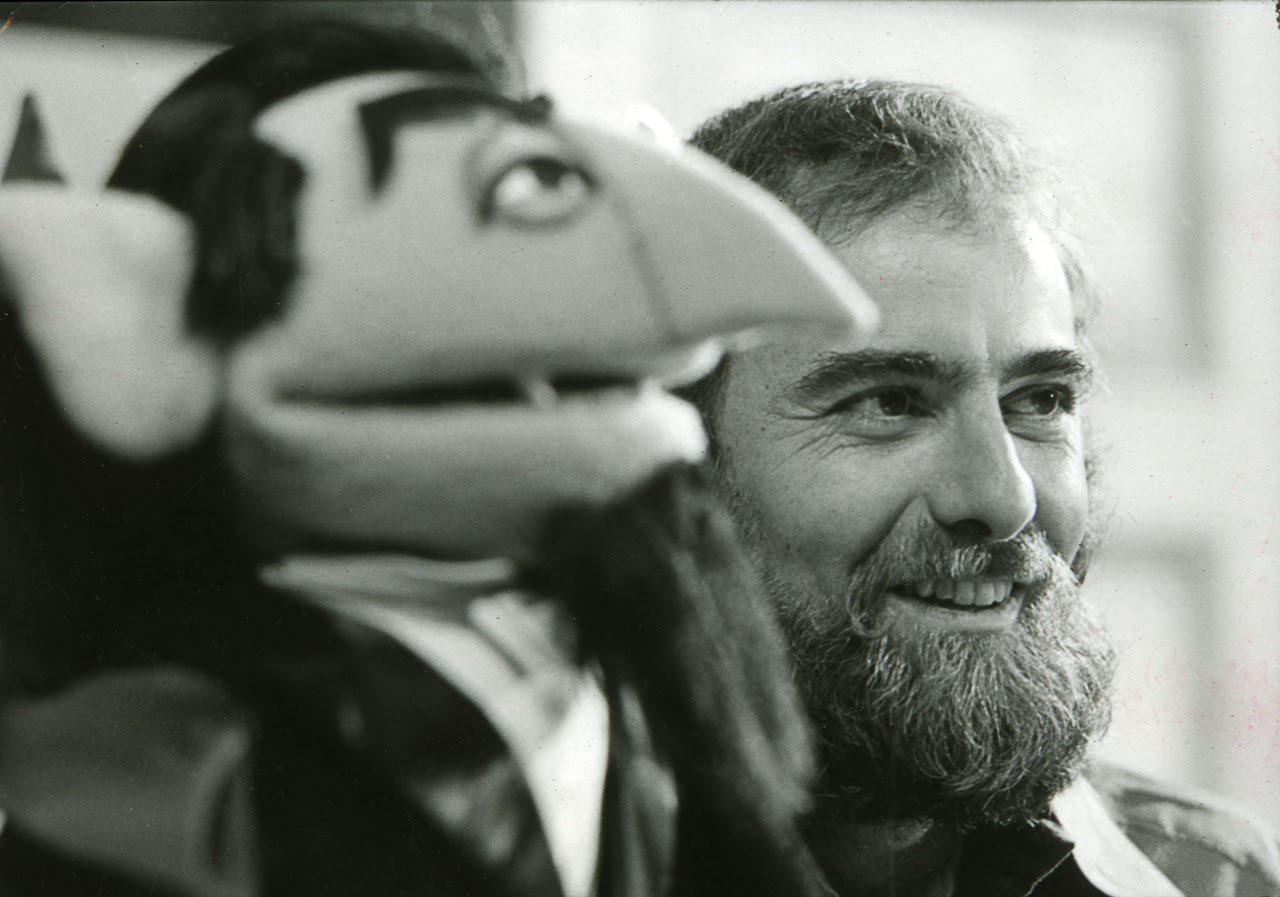 Here a "Muppet Sorbet" that we could use to momentarily forget about those things that leave a bad taste in our mouths.
I found this when I was putting together my
obituary for Jerry Nelson. Toward the end of Jim Henson's Memorial (May 21st, 1990) the Muppeteers sang Jim's favorite Songs.

Posted by Tony Figueroa at 5:47 AM No comments:

Our guests this week include author Stephen J. Weiss, a highly decorated World War II veteran who was also one of the early pioneers of television. As a soldier for the U.S. Army in World War II, Steve landed on the beaches of Southern France in 1944, where he, along with seven others, became separated from their company during a ferocious battle in central France and found themselves caught enemy lines. Listed as Missing in Action by the U.S. Army, Steve not only managed to evade capture with the help of the French Resistance, but went to serve the French Resistance and an OSS Operational Group behind enemy lines — for which he later received, among other honors, the American Bronze Star, two Croix de Guerre, and the French Resistance Medal (the only American soldier, by the way, ever to receive this honor). When he returned to the United States at the end of World War II, Steve spent 35 years in the television industry as a music and videotape editor, including ten years at CBS, where he worked alongside such broadcast legends as Edward R. Murrow and Jack Benny.

But, like many soldiers who return home from the war, Steve struggled to adjust back to civilian life after experiencing the trauma of combat. For that reason, he not only sought therapy, he began to study psychotherapy, and eventually earned his masters degree and Ph.D. in clinical psychology, with a particular focus on helping soldiers who may be at risk from suffering from posttraumatic stress disorder. Steve writes about his wartime experiences, his work in television, his teaching career and more in Second Chance: In Combat with the US 'Texas' Infantry, the OSS, and the French Resistance during the Liberation of France, 1943-1946, a riveting new book that we will talk about during our first hour.

Stephen J. Weiss will be coming to several U.S. cities in the weeks leading up to Veterans Day, Nov. 11, including the ParkPlace Book Store in Kirkland, WA on Tuesday, Sept. 4; Los Angeles, CA, where he has appearances lined up between Sept. 7-14; New York City, where he’ll be appearing at the Union Club on Wednesday, Sept. 19; and Washington, D.C., where he has appearances scheduled between Oct. 22-28.

Joining us during our second hour will be Michelle Patterson. Michelle’s company, EventComplete, specializes in the strategy, production and marketing of large scale conferences, such as the California Women's Conference, that are informative and entertaining.

Listen to me on TV CONFIDENTIAL:
CLICK HERE for a list of Stations
As always, the further we go back in Hollywood history, the more that fact and legend become intertwined. It's hard to say where the truth really lies.

The show featured beloved puppets Kukla, Ollie (a dragon), and others, with live actress Fran Allison as host. The show began as a local Chicago program and moved to NBC in 1948. It was one of the two most important series made in Chicago, along with Garroway at Large, during the city's brief period as an important production center for network programs in the late 1940s. After its network cancellation, PBS revived the series from 1969 to 1971.

Her most prolific appearances in film came in the 1940s and 1950s and included her best-known film roles, such as Salome Where She Danced and The Ten Commandments, opposite Charlton Heston. In the 1960s, she gained a whole new generation of fans, playing "Lily Munster" on CBS television series The Munsters, opposite Fred Gwynne.